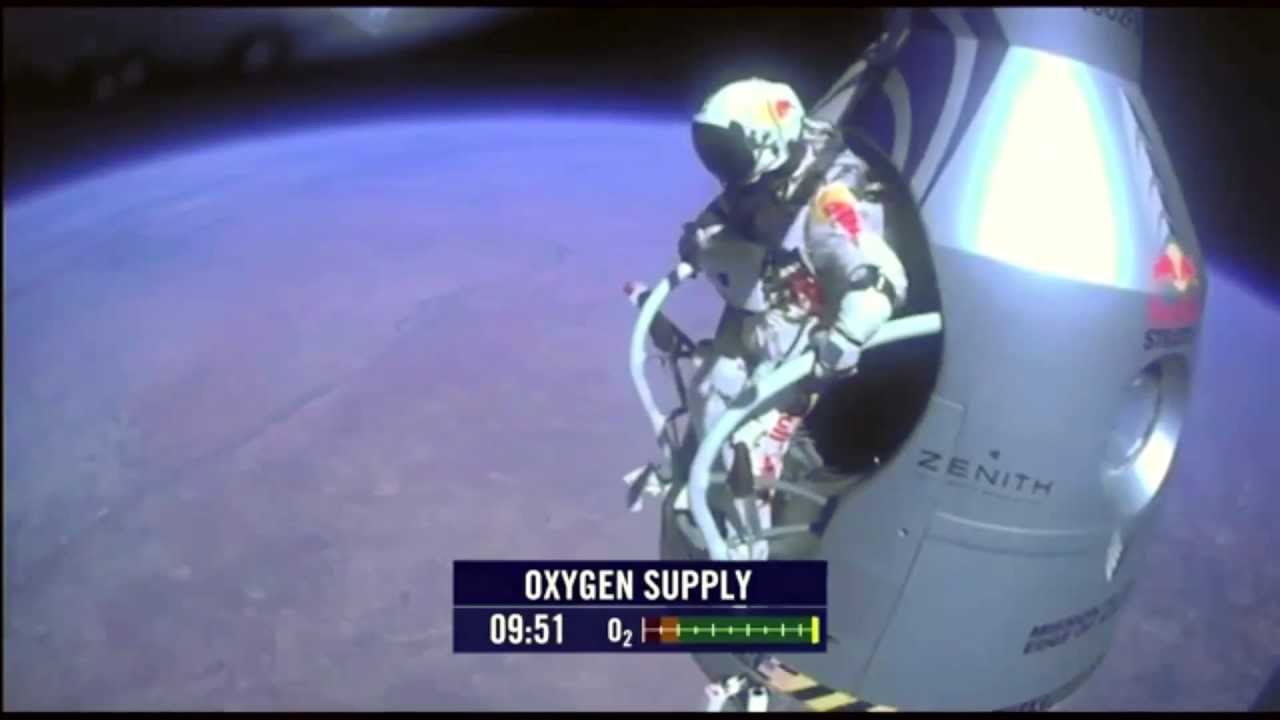 The countdown has begun for Felix Baumgartner’s epic jump from the edge of space. Supported by a team of experts, Felix will ascend in a helium balloon to an altitude of 120,000 ft / 36,576 m where he will take a leap of faith into the unknown in an attempt to become the first person to break the speed of sound during freefall.
Update: On October 14th 2012 Felix Baumgartner Jumped from the altitude of 128k ft (~39000 meters) breaking the record of the highest free fall jump, the record for the highest manned balloon, the record for the fastest free fall jump breaking the sound barrier ~Mach 1.24 .