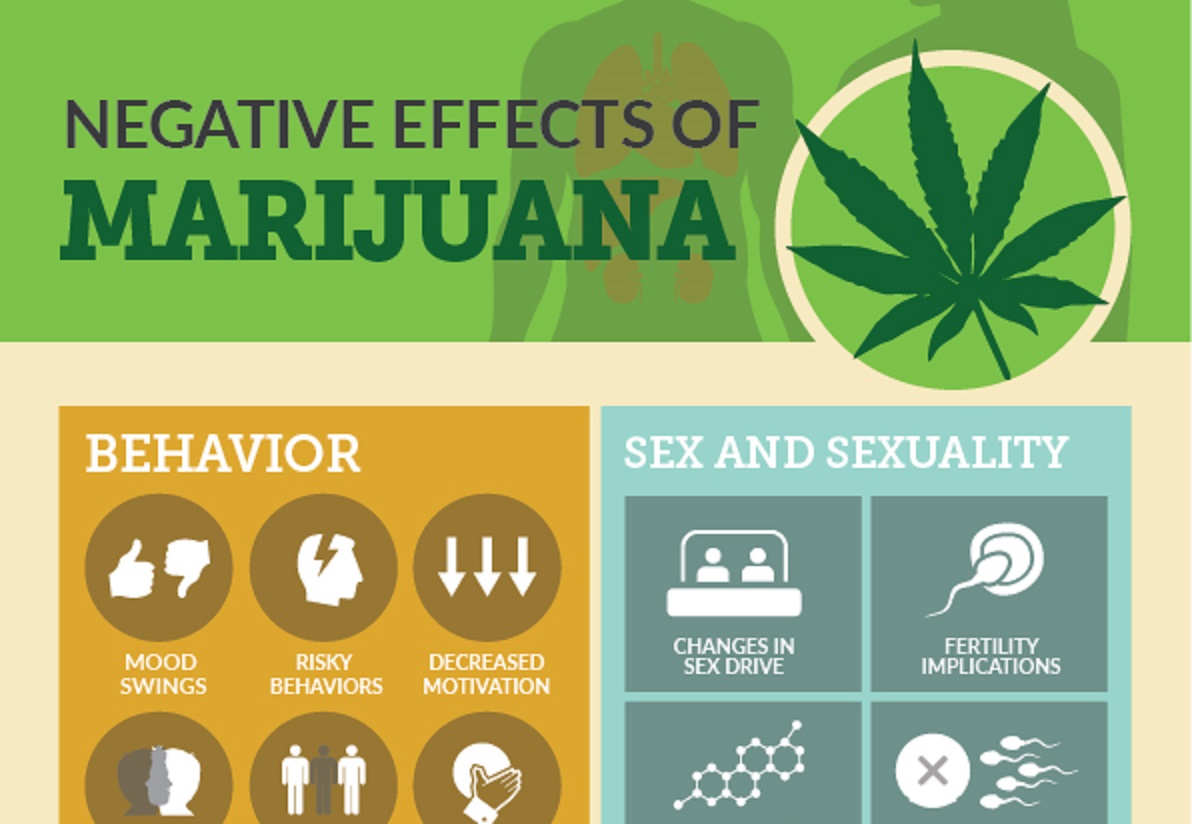 Your mental health changes when you smoke weed regularly. In fact, marijuana can both impair and change the way that the brain works. THC quickly passes the blood-brain barrier and acts on the same pleasure centers in the brain that are targeted by heroin, cocaine, and alcohol too. After the substance reaches the brain, it influences our mood, sensory perception, appetite, time perception, behavior, and personality. When the brain is repeatedly affected by THC, people can experience long-term:

Marijuana users that have other underlying physical health problems, such as liver disease, low blood pressure, diabetes, heart conditions, or respiratory tact problems, should be extremely cautious of the risks frequent use can bring. Some of the more common and concerning negative side effects of weed follow.

Increased heart rate – Marijuana has the potency to keep your heart rate increased for up to 3 hours after smoking, or after the initial effects are felt. Risks of heart problems and even heart attack are higher in the elderly and individuals with pre-existing heart issues.

Sexuality and fertility changes – By changing people’s hormone levels, marijuana can influence the drive and ability for sexual activities. But more importantly, it can take its toll on fertility in both men and women. If smoked during pregnancy, weed can affect certain parts of the baby’s developing brain and result in brain and behavioral problems in a child’s life later on. Children whose mothers smoked weed frequently during pregnancy may experience:

Do you have anything to add to this topic, drop us a comment below.