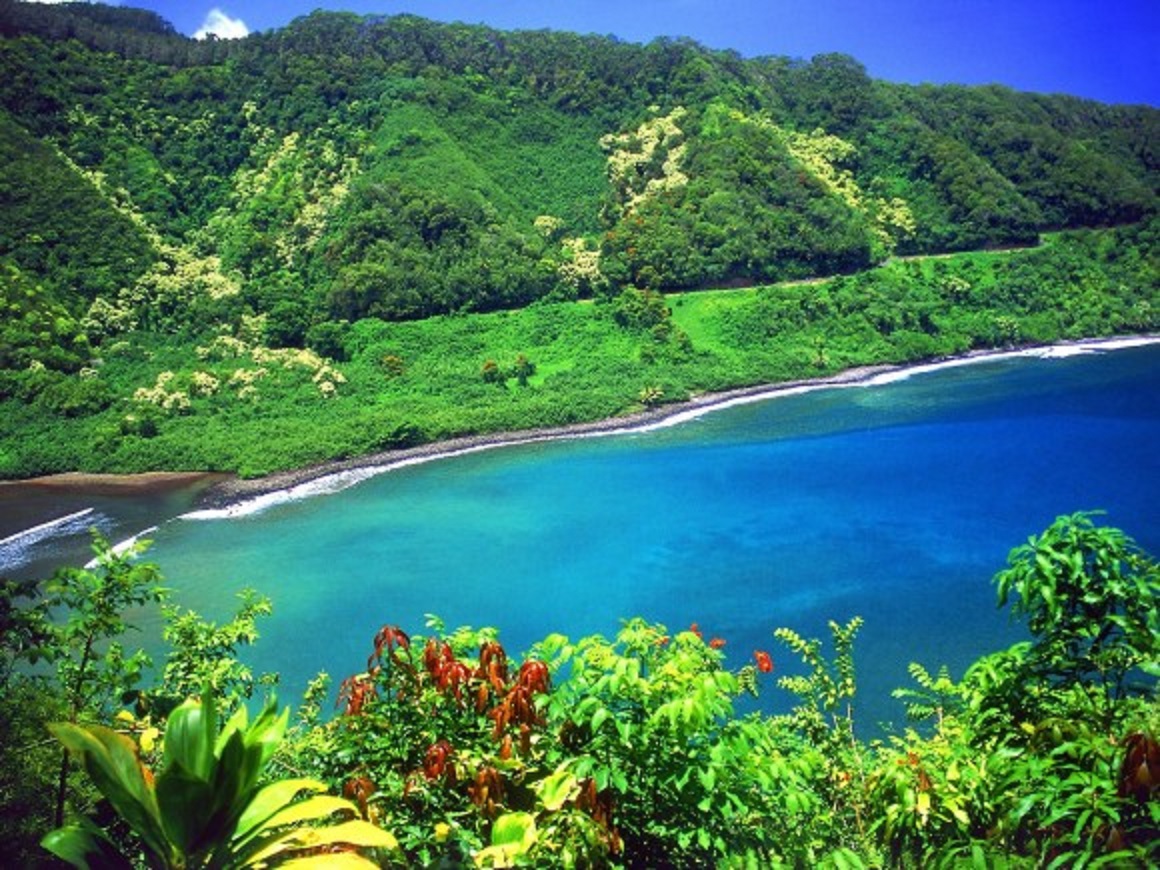 There are a Pacific paradise which is named the Hawaiian Islands. Endless beaches, volcanoes, most of them active, green palm trees, emerald waves wonderful hibiscus and daring surfers – this is Hawaii. At the end of 90s of XIX century. Hawaii was a monarchy and Yola palace served as the official residence of King Kalakaua and his sister Liliuokalani, which it inherited.

The visitor has the opportunity to walk through the corridors of the only royal palace in the United States to examine the royal chambers, the room where King playing cards, one in which Queen Liliuokalani was kept under house arrest for five months, and blanket, sewn by her during this period. The trip from Europe there is continuous, but more and more tourists – over 5 million annually, eager for a real vacation, take it.

Direct light breeze, magnificent deciduous palm trees and beaches of fine sand, behind which rise modern skyscrapers make Hawaii mast target for people from all parts of the planet. Hawaiian Islands were formed over a long period, at a time remote from us by 700 to 16 million years. Their total area is 2500 square kilometers, can pass through the Tropic of Cancer. Larger are Hawaii, Oahu, where Honolulu is located, the administrative center of Hawaii, Maui and Kauai.

Their origin is unusual: they are the tops of underwater ridge with many active Hawaii volcanoes, which are the highest on earth. Theoretically could appear new islands and sashtestvuvayaite to change or expand, to rise or even disappear! Today light commercials for luxury brands such as “Vuitton”, “Dior”, “Gucci” flashing square “Kalakaua” in Honolulu. Everything here is insanely expensive even compared to California or New York.

Bossi surfers aged 7 to 77 years with your favorite facility sneak between buildings to the beach to reach the water where indulge in voluntary dancing among the waves. Hawaiians, Native islands in anthropological type are Polynesians. Contact with European and American colonists led to a sharp reduction and the formation of a large group of mixed race. Mixed marriages in the archipelago are a natural thing. 80 percent of Hawaiians live on Oahu, half of them – in Honolulu. Over the years have shaped and diverse immigrant communities, the largest of which is the Japanese. No less and Filipinos and Portuguese.

The Hawaiian language, one of many Polynesian dialects also revived – he was already an official language on par with English. Archipelago all greet with resounding “aloha”, which is used for “hello” and “goodbye.” Hawaiian “luau” means “feast” so if you go to the party, you will have the opportunity to try lomi salmon, breads of taro, haupia – traditional cold coconut dessert and juicy meat prepared in Hawaiian underground oven. The best part is that there is a real underground oven and staff demonstrated how to prepare dishes in it. After the meal, listen to singers who perform traditional Hawaiian music.