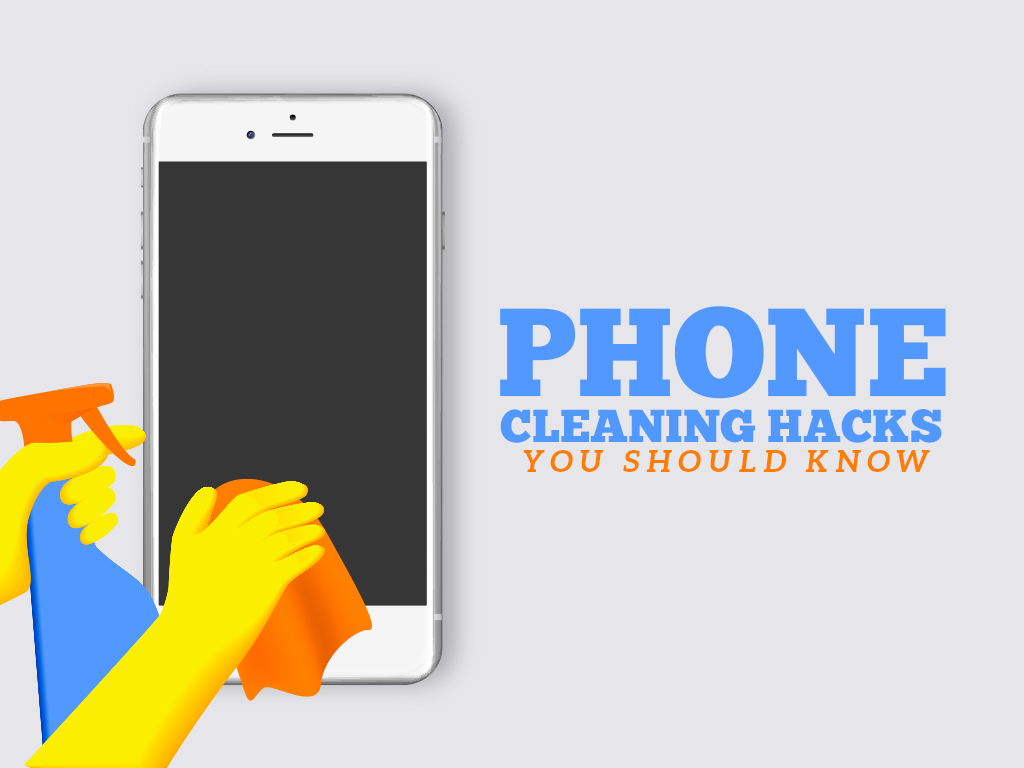 Owning a phone can entail a lot of responsibility, especially when it comes to maintaining its condition. Every phone, such as Alcatel A30 Fierce, needs proper maintenance. After all, though the inside of a phone may be an important thing to monitor, the outside of your phone counts just as much, especially in cleanliness.

To put it short, cleaning your phone is something that needs to be done on a regular basis. If ever you want to keep your phone as new as the day you first bought them, then do whatever it takes to keep them clean. In fact, there are numerous ways to do just that, with many of them consisting of unorthodox, yet effective methods. With that said, here are some phone cleaning hacks you can try for yourself:

You may have heard of this particular hack in numerous other areas. If you think that toothpaste is only good for giving your teeth that radiant shine you’ve always wanted, then you’re missing out on a lot of its other benefits, especially for your phone screen. Just rub some on it, let it dry, and you’ll have a screen that’s devoid of those pesky fingerprints.

These things usually come packed with the phone when you buy it; and these things are also usually discarded upon first glance. When it comes to keeping your phone clean and safe from any outside elements, these microfiber cloths may just save your phone’s life. Think of all the dirt and germs that stick to the cloths when you use them to wipe your phone off.

Using Rice or Silica Bags to Dry Your Phone Everyone knows that when a phone gets wet, it can mean the end for the phone. Luckily, besides airing your phone out, there are other ways to get the moisture out of your gadget, namely some rice and silica bags.

For both of these, all you’ll need to do is cover your phone in a bunch of either of them and set them aside for at least 2-3 days, all while remembering to keep your device open and take out the battery for maximum effect. Once time has passed, put your charger back in and voila! Your phone is back to normal before you know it.

Another thing that’s noteworthy about this hack is the amount of cleanliness it can give to your phone, especially when using silica bags for the job. Silica bags have the ability to take out any odors or dirt out of your phone by absorbing them, which in turn leaves your phone looking as fresh as ever.

The world of hacks can definitely bring you a lot of perks and advantages. It’s the ingenuity these hacks have that enable one to think out of the box. In the case of keeping your phone clean, the aforementioned hacks can definitely guarantee a fresh and clean mobile device for your convenience and enjoyment. 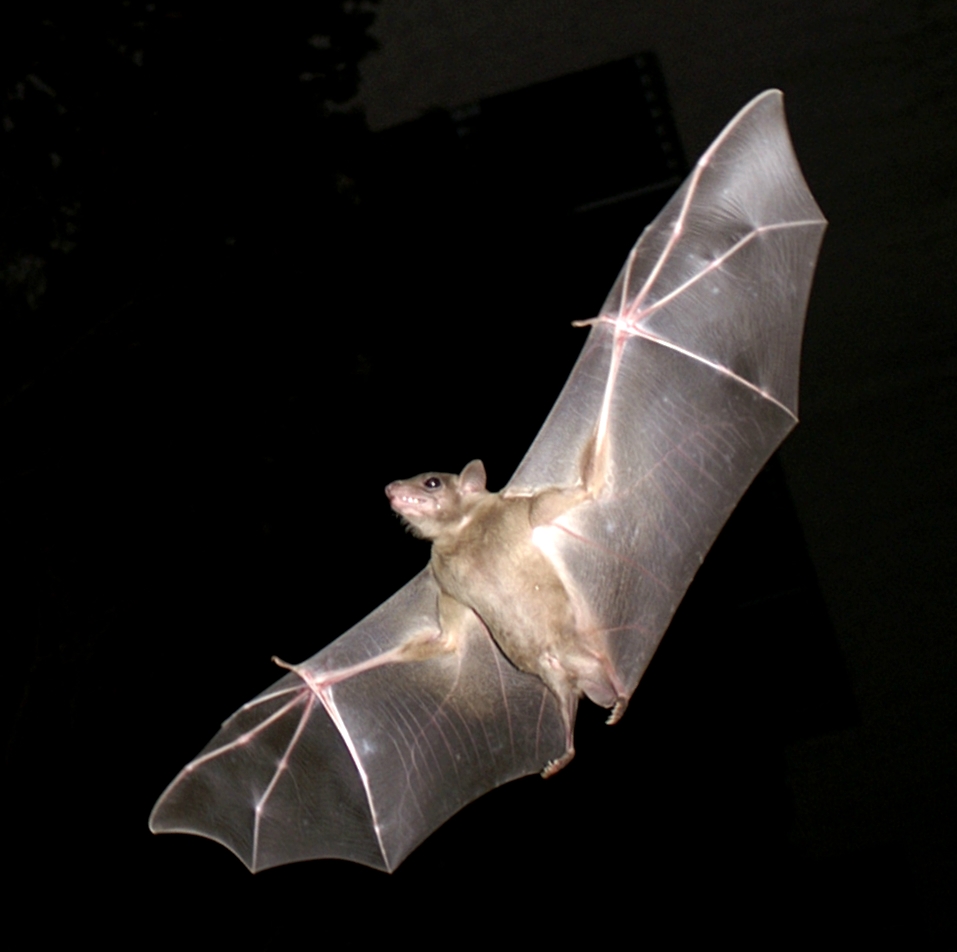 It’s always best policy to take anything someone says with a grain of salt. There are very few absolute truths, so the more commonly held truths are usually false. Below, some age old classic myths are cleared up.

The idea that sugar makes kids hyperactive has been debunked for decades, yet it’s still a commonly held opinion. If there is a connection between sugar and activity, it hasn’t been proven. There are many factors that parents overlook by operating under the assumption that sugar is causing kids to act out. Age of the child, environment, activities and interactions have a greater effect on a child than diet. There are potential medical concerns with too much sugar in a child’s diet, but hyperactivity probably isn’t one of them.

Cracking your knuckles will give you arthritis.

Most likely perpetrated to get others to stop an annoying habit, studies on knuckle cracking and arthritis are inconclusive at best. The funniest study was from a doctor who, after warnings by his mother, cracked only the knuckles on his left hand for 60 years, finding no discernible difference between his two hands. Still, swollen hands or reduced grip strength may be a different result to watch out for.

Spanish matadors used red muletas centuries ago, probably because that is the color of their flag. Bulls charge at the object in motion, not a specific color. They are color blind.

Bats can fly perfectly well at high speeds in dark caves, though not necessarily because they are able to see in complete darkness. They use a process called echolocation, in which they make noise and listen for the vibrations from objects. Bats do have a keen sense of sight, most as well as humans, and some even see in color. Next time someone says you are blind as a bat, take it as a compliment.

Helmeted vikings was a stereotype that began with artists in the nineteenth century. The use of ornaments on a helmet likely would have made battle harder on vikings. They typically wore carefully riveted cone or dome shaped iron helmets. Breaking this myth is less romantic, so people will probably go on believing vikings wore very elaborate costumes like Thor.

Restarting your computer is bad for the hard drive.

Common thought prevails that it takes strains a computer more to start than to keep running. In a lot of ways, machines respond to stimuli like humans. A computer needs exercise, but also can get keeps the system refreshed. Like restoring the immune system, the computer keeps strength to deal with corruption or viruses. To start fresh reduces load times and enables faster performance like a well-oiled machine

Drinking in moderation is fine. Long-term brain damage has been noted with heavy drinkers, but some of that is due to nutritional deficiencies rather than alcohol specifically. Alcohol impairs function, reducing communication between neurons by restructuring brain cells, not killing them. The notion of killing brain cells is more true within the developing brains from unborn babies to teenagers. But, alcohol is still dangerous and causes other problems, specifically esophageal cancer. Also, it’s a myth that humans use only 10% of the brain. In fact, the entire brain is at work all the time.

Hands-free phones are safer while driving.

In most, if not all, states, hands-free devices are a permissible form of cell phone use while driving.  However, that doesn’t make hands-free devices safer. They provide a false sense of security for drivers. Plus, having a conversation on the phone has shown that drivers process images slower and have only half the normal field of view. Studies have shown little to no difference between dangers of handheld and hands-free devices.

IT jobs are not sustainable after age 35.

The IT industry has a long history of ageism. However, routine tasks are typically outsourced to specialists, people who need a specific knowledge, not knowledge of all computer systems. Many positions have huge need for workers, while employers can’t wait around several years for an expert to graduate. Fields like analytics and marketing are well-suited for literature or music backgrounds, not necessarily math or computer science backgrounds. Basically, if someone is willing to do those jobs, they can get hired at any age.

The Dwarves are the greatest rock and roll band in the world.

For twenty-five years, the Dwarves have not been shy or humble about acknowledging that they are the greatest and even named their last album “The Dwarves Invented Rock and Roll”. All that time, the Supersuckers have held the same claim. In fact, their website header lists them as “The Greatest Rock-N-Roll Band in the World.” I tend to believe the Supersuckers with evidence from an interview by Dwarves’ singer Blag Dahlia, in which Supersuckers’ singer Eddie Spaghetti clearly tells his peer in rock that the Supersuckers are the greatest, to no objection. 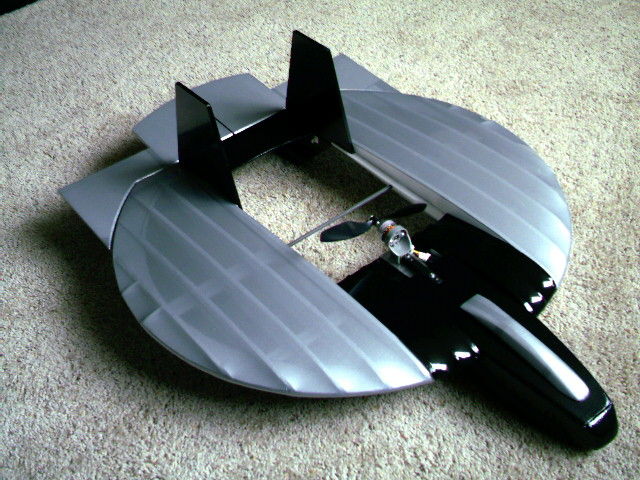 This project started based on my desire to create my own original remote control airplane from drawing, to cutting the parts on a cnc machine that I built from a kit, assembling the parts, and then flying the finished product.  There were so many normal type airplanes out there, that I decided that I would do something different.  I decided on a saucer shaped plane.  The project was such a great challenge from the beginning.  First, I had to learn to use a CAD program.  I started with a program from Google called SketchUp.  It was a painful experience, but it’s a great program to learn CAD drawing on, and, it’s free.  After some time, I had a drawing created that included over 50 pieces.  The next step was to build the router based cnc machine called a PhlatPrinter.  Not as painful as CAD, but still very challenging.  The group that created the PhlatPrinter also included the script that would create the gcode file that the cnc machine need to actually cut the parts. END_OF_DOCUMENT_TOKEN_TO_BE_REPLACED