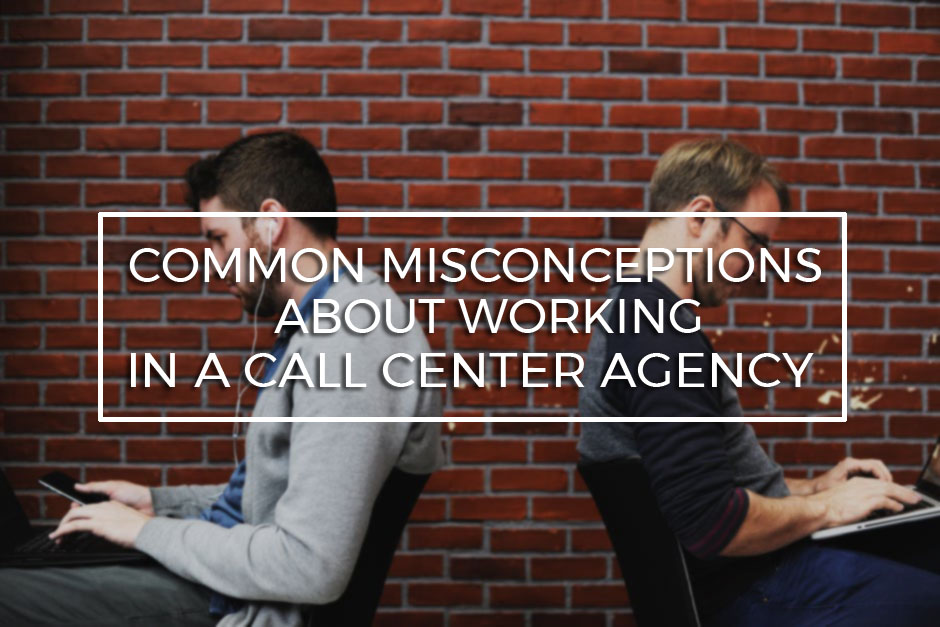 Call Centers in the Philippines have truly helped numerous Filipinos land a job to support their families. All it takes for them is a strong command of the English Language, a strong personality, and a sheer amount of determination. But, why do call center agents get a certain amount of misunderstanding because of what they do?

A lot of people, especially Filipinos, are very determined in what they want in their lives. They are determined enough to do whatever it takes to achieve their goals all for the sake of good will. This characteristic among Filipinos is very common, especially when it comes to the BPO industry. Not only do they choose to work in call centers to gain further experience for their future careers should they choose to pursue them, but they choose to do so for the sake of supporting their families in any way they can.

However, despite those moments of endearment, there’s also a fair share of backlash experienced by the BPO community. With a variety of reasons as to why they think such things of the industry, here are some of the other misconceptions when working in a call center agency.

People Work in Call Center Agencies Just for the Money

While working in a call center agency can bring you more than sufficient financial aid with your salaries, this misconception is very much common. Though there are some that pursue this field for that reason alone, there are many who choose to do so for the sake of their families’ futures, as well as their own.

Working in a Call Center Agency is Easy

Like anything else in life, working in the BPO industry isn’t easy. While the job may entail you to talk on the phone for hours, there’s more to it than just that.

For instance, talking on the phone for that long amount of time can be extremely exhausting for your tongue and your voice. For the former, it’s extremely difficult to maintain proficiency and your voice may give out in the case of the latter. In fact, call center agents take numerous refreshment courses to re-educate themselves on the linguistic matter of the job and they also do their best to make sure that their voice is in top working condition.

Also, it’s extremely difficult to handle multiple tasks at the same time. That practice can take an amount of time to perfect and to be handle professionally.

When working in a call center agency, the job would entail that you keep a strong command of the English language, both in written and oral aspects. The job especially puts emphasis on the latter as you would have to spend a certain amount of time providing over-the-phone assistance with your clients around the globe, hence the importance of proper communication and diction.

While communication is key to a good performance in the industry, their reputation isn’t as light as their agents are labeled by many as “pretentious” due to their supposed ‘accents’ when they speak English and their affinity towards items of luxury such as coffee from Starbucks and other things. This is a bit unfortunate to think of as many people who choose to work in the industry are those who really had to learn to speak English from scratch, hence their massive emphasis on diction and tone.

While numerous call center agents are engaged in vices like drinking and smoking, who else isn’t nowadays?

The main point of this is to give emphasis on the notion of ‘stress relief’. With smoking and drinking being known as modes of relieving stress, this issue can be easily understood for its repercussions and their benefits to the agents.

Also, vices such as drugs are extremely looked down upon and agents caught engaging in such acts are to be disciplined accordingly.

Call Center Agents Have No Ambition in Life

Out of everything that’s been discussed in this article, this is the most pivotal misconception of all. Here’s why.

When one graduates from College, he/she would aim for the career of their choice. They undergo numerous application processes and interviews and it still isn’t a sure guarantee that what they have accomplished will land them the job. So, to gain relative experience, they seek employment in this industry.

Since the BPO industry opens its doors to anybody who wishes to step through, many people would automatically assume that people who choose this venture have no initiative to pursue their passions in life. This kind of thinking is an unfortunate thought to project as any of the industry’s agents pursue this venture in preparation for what they really want to do in their future. Some of them pursue sideline jobs while working in BPO while others save up their salaries to pursue other ventures.

In short, what people are thinking about this is actually the opposite of what their thoughts say: Call Center Agents are very much Full of Ambition.

The BPO industry can offer a lot to you if you choose to take the chance. No matter what you may perceive the industry as, working in the industry is still a noble way to support your loved ones and your dreams for the long run.