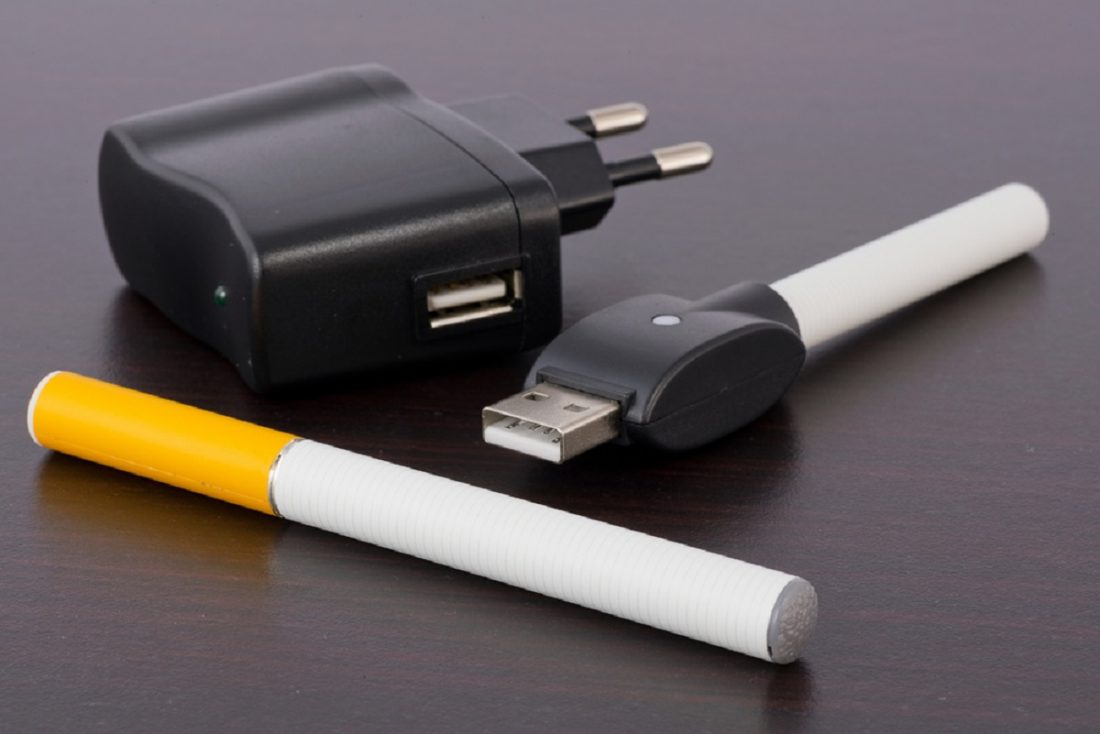 A few of my friends have been trying different ways to quit smoking conventional cigarettes. I’ve been pretty curious about the tech behind E-cigs and found the devices to be pretty fascinating.

E-cigarettes are the 21st century take on smoking. Operating a battery-operated chassis that turns liquid from a cartridge into aerosol, users can deliver nicotine to their systems while avoiding the cancerous nature of tobacco. These devices have been on the market for more than a decade and continue to surge in popularity, but there is increasing widespread disagreement regarding their safety, or any benefits they may or may not have.

The device itself is rather simple: the e-cig heats a liquid, normally containing a mixture of nicotine, propylene glycol and glycerine, into an inhalable vapor. The chemicals can be purchased in small cartridges, some with different flavorings.

E-cigs do not produce smoke like traditional cigarettes, however they do expose others to secondhand emissions. While the safety of device is still unknown due to the lack of long-term research, many studies have indicated that there is some possible risks associated with vaping (the term for using an e-cigarette). It’s also important to note that e-cigarettes are still not regulated by the FDA until the beginning of August.

The general consensus is that e-cigs are less harmful than conventional cigarettes. Professor of public health sciences and psychiatry at Penn State Jonathan Foulds, PhD, tends to agree.

“They’re simpler than cigarettes. [When] you burn it, cigarettes create 7,000 chemicals into your body. But with e-cigarettes, there’s no combustion. The good news is that you’re inhaling a vapor that’s got four to give things, as opposed to 7,000 things.”

But what else do we know about them?

The answer? Not much.

While proponents of vaping insist that e-cigs are potentially less harmful than conventional cigarettes and may even help smokers quit, critics are quick to mention that the safety of the product has yet to be tested.

There have been very, very few studies that investigate the extent of the biological effects. There are however, all kinds of potential dangers associated with the chemicals, especially in high doses. Accidentally ingesting the liquid inside the cartridges is quite poisonous, and even a small amount can be deadly.

Additionally, the lithium-ion batteries found in e-cigarettes have proven to be often unstable, resulting in dangerous explosions that can harm a person’s face or body.

Isn’t smoking an e-cigarette just as dangerous though?

Long answer? Scientists exposed human tissue to both e-cigarette vapor every three days for between one to 8 weeks before the tissue deteriorated. For the normal cigarette smoke, the cells only lasted 24 hours.

“E-cigarette vapor is known to contain a range of toxins which include impurities in the e-cigarette liquids and toxins generated when solutions are heated to generate vapor,” says John Britton, a toxicologist at the University of Nottingham, UK. “Some are carcinogenic, so it’s likely some long-term users of e-cigarettes will experience adverse effects on their health, and the authors are correct to point out that these products should not be considered risk-free.”

“But if smokers can’t give up completely,” Britton adds, “e-cigarettes are safer than smoking.”

So what does this all mean?

In short, it seems that E-cigarettes seem to be less hazardous than conventional cigarettes, but they are by no means just as safe as not smoking anything at all. It’s important to understand how your actions affect others, and to be considerate. Just because E-cigarette vapor isn’t as toxic as conventional cigarette smoke, doesn’t necessarily invite its use in places where smoking isn’t generally permitted anyway.