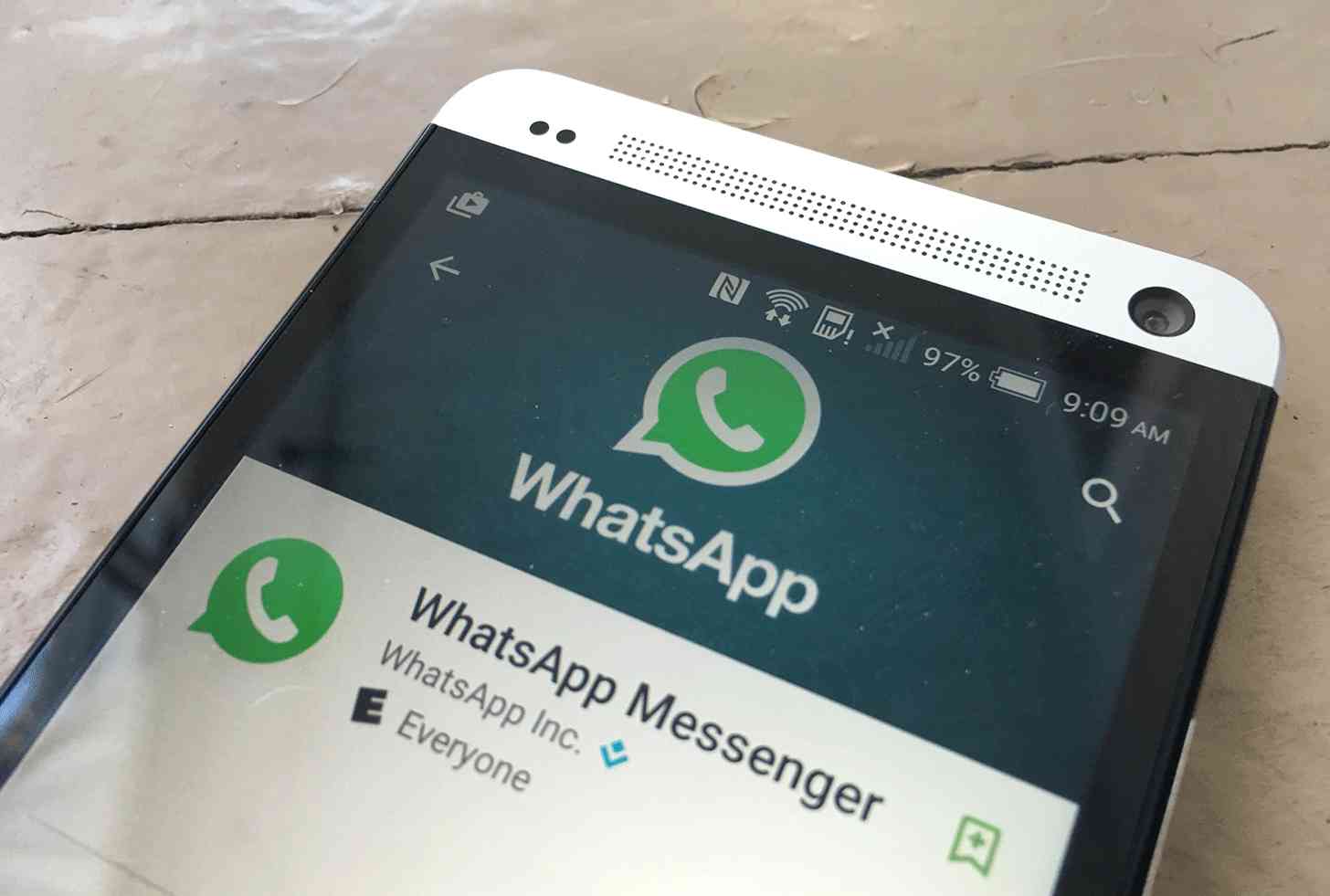 Things actually work best for those who make the best of how things work. Brian Acton, who is a former Yahoo engineer and Jan Koum are the founders of Whatsapp which is the most famous and popular instant messaging app available in the world. Whatsapp itself is a live example of where innovation in technology is growing the communication. With many people addicted to Whatsapp, it is worth to explore that what went behind making this happen.

Whatsapp Inc was founded in 2009 by two ex-Yahoo employees, Brian Acton and Jan Koum. Jan Koum was not from a wealthy family, he stayed with his mother and grandmother in a small apartment. With all his efforts and hard work, he finally got into San Jose State University where he took training in the program.

Jan Koum met his business partner, Brian while working at Yahoo as an engineer. They worked together in Yahoo company for almost 9 years and also left the organization together. They also applied their luck to Facebook, but nothing happened. Then they thought of making an app for iPhone users until then they had no plans of getting rich.

They created the app which received amazing success in a very short period of time. This was because the users found it really easy to use and also they need not register anywhere in order to use the application. This was like the dream come true for both of them.

Jan Koum chose the name Whatsapp, and they started building an app where people would have their status next to their names. Because of the failure in the initial models, Jan Koum was getting disheartened and was almost about to give up but it was his partner who asked him to not give up so easily. Finally in November 2009, after many months passed of Beta testing, Whatsapp finally launched in the app store of iPhones, and the blackberry versions just released after 2 months.

Without advertising, they both earned millions of dollars. They both made money in 2 ways as they started charging for first-time installation for both iPhone and Android users every year. Reports state that approximately around 250 million people use Whatsapp in a month. This is a huge number for any application to reach in the smartphone space.

Both of the partners worked at Yahoo for more than 9 years and hence they learned the tricks of the trade. Yahoo works with the advertisements, but this is not in the case of Whatsapp. Most of the users do not like advertisements while using an application. By keeping this in mind, both of them made an app which is simple to use avoiding the advertisements. That also made Whatsapp loved by the users all over the world.

There are only 55 employees in Whatsapp Inc. but they serve million of people each day. The main motive of the app is to provide simple connection to the users that will make them connect to their loved ones if you are far away. Whatsapp now is owned and bought over by Facebook, which made both the partners Jan and Brian billionaires in a very short time.

It is a texting service between mobile phones that is been replaced by the regular text messages. Users can text, chat, and share media, including voice messages and video, with individuals or groups. In Whatsapp, you can also share your location, also organize lists of contacts so that you can quickly send messages to lots of people in group chats through Whatsapp.

The best feature of the Whatsapp is that you can easily keep in touch with people living abroad, without the international charges that are associated with text messages. Worldwide, over 900 million of the users is actively using the Whatsapp service. Whatsapp uses an internet connection.

The difference between Whatsapp and regular SMS messages is that the Whatsapp is free, you just need to switch on your mobile data OR Wi-fi. The majority of the Whatsapp user live in Europe, India, and America.
WhatsApp says that the messages are encrypted and is not stored on its server. But for privacy issues, Whatsapp is investigated in Canada and Netherlands to be the ability to register a person’s phone without their permission and intercept messages.

There’s also a bad news for the Whatsapp users as maybe you won’t be able to use Whatsapp from 2017 onward.
Now is the time that you look at your smartphones, not just to check any message or email but how old it is.
According to the reports, Whatsapp will stop working on some devices by the end of 2016 unless they are upgraded. With more than one billion users, Whatsapp was phasing out compatibility with older phones in technology up gradation. Mobile devices nowadays are an important part of our daily lives, they do not offer the capabilities we need to expand the features of our app in the future.

As we look ahead, we want to focus on the mobile platforms that are the majority of people use. The company has said that most of the devices will discontinue using Whatsapp from 2017 onwards. If you own any of the old devices, you will either need to buy a new phone or check if your phone is upgraded to the higher operating version.

Google’s android distribution suggested that there are still millions of smartphones across the globe which are still running on the older versions of Android like KitKat, Jelly Bean, and Lollipop. Android 5.0 and 5.1 Lollipop operating systems, which are 2 years old, are present in almost 34 percent of Android devices but older operating systems like Android KitKat and Jelly Bean are still present in 25.2 percent and 13.7 percent of all Android devices respectively. Android Ice Cream Sandwich and Gingerbread are present on 1.3 percent devices while the ancient Android Froyo still has 0.1 percent of all devices.

Earlier this year in February, the company announced that it would end support for Nokia and Blackberry devices as well as Android, iPhones and Windows Phones that are running on older operating systems. Some months later, a new announcement was made that support for Nokia S40, Nokia Symbian and Blackberry OS/Blackberry 10 would be extended until next year’s month of June.

Millions of the users will be affected across different platforms, not in a massive number though as there are many users who use Facebook’s messenger. Not many users of Android will be affected but Whatsapp will not run on 2.1 and 2.2 versions of the popular OS. If you have any of these versions, better upgrade your phone soon before your app becomes useless. Windows phone 7 users will have to get the other devices or needs to upgrade as well. For iPhone users, make sure that your device is not running on iOS 6 or the older version to continue enjoying Whatsapp and same is in the case of iPhone 3GS devices.

According to statistics, only the 0.1 percent of Android devices are still running on the older OS version while for the iPhones, 8 percent of the Apple mobile gadgets are still running on the older versions of the OS approximately, anything under iOS 9 inclusive. It has also been said the service will also stop on any first, second, third, or the fourth generation iPad that has not been updated. Whatsapp users need to update to iOS 9.3 to use the service of WhatsApp.

Let’s take a look at the devices that would be of no use to you if you are a Whatsapp freak-All the blackberry devices, including Bold, Curve, Pearl, and Touch. If it is a Blackberry, it won’t work.

A whole range of Nokia old phones that runs S40 software: Asha, X2, X3, C2. Get ready to upgrade to the new device.
Some more Nokia devices, those that run on Symbian S60 software like C7, E5, Nokia 5530 Xpress Music, and N97. From this, you can easily say that if it’s a Nokia device then the chances are high that it will no longer be supported. If you want to check, what type of Nokia device you have, simply dial *#0000# and if matches any of the above-mentioned Nokia devices, then Whatsapp is a past thing for you.

Some of the Android phones, mostly older and the slow ones. If you don’t know about the version of your Android phone, then just go to Settings, System, About phone and check the Android version there. If it is 2.1 or 2.2, then better plan for the upgrade or for the new device by December 2016.

If you have a Lumia Mango, the phone that is so old that there;s nothing on the internet related to it. When dialing *#0000# on your Nokia phone and it has Windows 7.1 written, be ready to upgrade.
Whatsapp has emerged as the most used messaging services today in the market. The client has over 1.1 billion monthly active users and the numbers are only increasing with the introduction of new video calling function. Android, iOS, and Windows phone versions of the chat clients enter the direct competition with the likes of Microsoft’s Skype, Apple’s face time, Googles Hangouts and Sister App Facebook Messenger among other messengers that offer face to face chat feature.

No single subscriber will want to wake up in the New Year only to be greeted with a message that says that your device is no longer compatible with Whatsapp. Upgrade or change your device to avoid panic and the disgusted shock.

Author Bio: Varun Kumar Works for LatestOne.com as Content Writer. It is the e-tailer Company known for bringing the Mobile Covers|Smart Watches|Bluetooth Speakers|Power banks models from all major manufacturers at best discounts. The company has a fully operational office and warehouse maintained to make timely deliveries across the nation