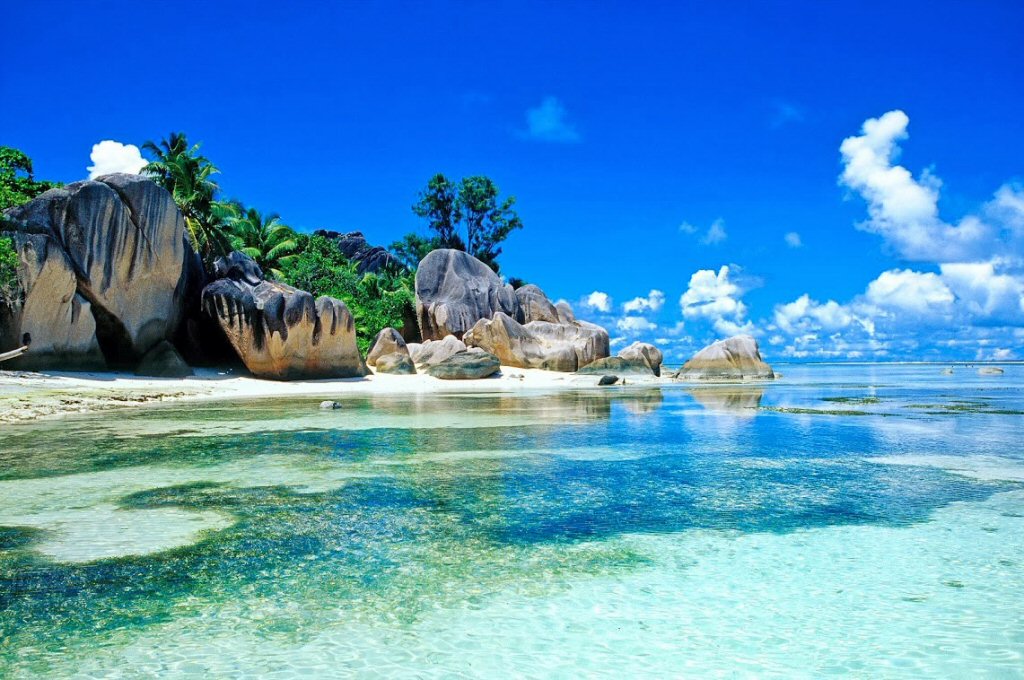 Off the Indian Ocean lies the Seychelles, a land full of an awe of beauty right form the beaches, the coral reefs, its deep waters known for diving, nature reserves up to the rare wildlife such as the giant Aldabra tortoise. A travel to this rare beauty is one to look forward to making a visit. Seychelles is therefore regarded as a town where tourism as an industry thrives well.

What you need to know

The Seychelles is a collection of several islands listed in groups;

The island can pride itself in having a range of wildlife almost rare in other countries. Be it forests that can only be described as an epitome of fathoming beauty, it holds the world rarest bird the Seychelles’ black parrot (the national bird of the country) the giant aldabra tortoise, the paradise fly catcher, neriteplicata, and the common sea bird flocks in the islands, fresh water crabs and several unique varieties of orchids
Worth noting is the marine life around the lands which can be very spectacular recording more than 1000 species of fish.

The cuisine in this islands is mostly dominated by fish dishes often accompanied with rice, the culinary involved in preparation may range from steaming, grilling ,baking or smoking and the famous ladob eaten as a dessert comprising of ripe plantain and sweet potatoes but may include cassava, breadfruit or even corossol. Apart from this staple food, you are likely to come across chicken dishes dhal (lentils) and fresh tropical fruits. The island is a fusion of many cultures blending from African and Asian and European descent given there were no original inhabitants creating a modern creole culture.

The Seychelles landmarks range from the prominent clock tower in the middle of Victoria to a former slave school (the mission slave lounge) on the coast of Mahe. The island is a host to almost thirty monuments all protected because of their historic and archeological significance. However, the majority of the landmarks oldest monuments, creole buildings and colonial structures are on the Mahe Island. Making a travel around the island is refreshing.

Transportation and accommodation
Transportation around the island is not quite a problem. You can either choose from a detailed bus scheduled with exact arrival and departure times, independently operated taxis available on Mahe, Praslin and la digue islands or hire cars with one of the several companies at the international airport at Mahe and at larger hotels. However most companies require you to have a valid E.U or International license and will deliver the rental at you place of choice. Hired vehicles can also be booked through the ground-handling operator. A shuttle service also operates between Praslin and Mahe Island the flight only lasting 15 minutes making it easier for a tourist to explore the two islands. Connecting the island can be done by sea where both the traditional and modern ferries which allow you to enjoy the cool sea breeze.
The island offers very comfortable accommodation suited to individual afford. The hotels include Northolme resort and spa, Banyan tree, Barbarons resort and spa, Kempinski, Le relax hotel and restaurant and Eden bleu. All giving the best service to make the customer feel relaxed and enjoy the stay all the way. This is why the inhabitants embrace tourism.