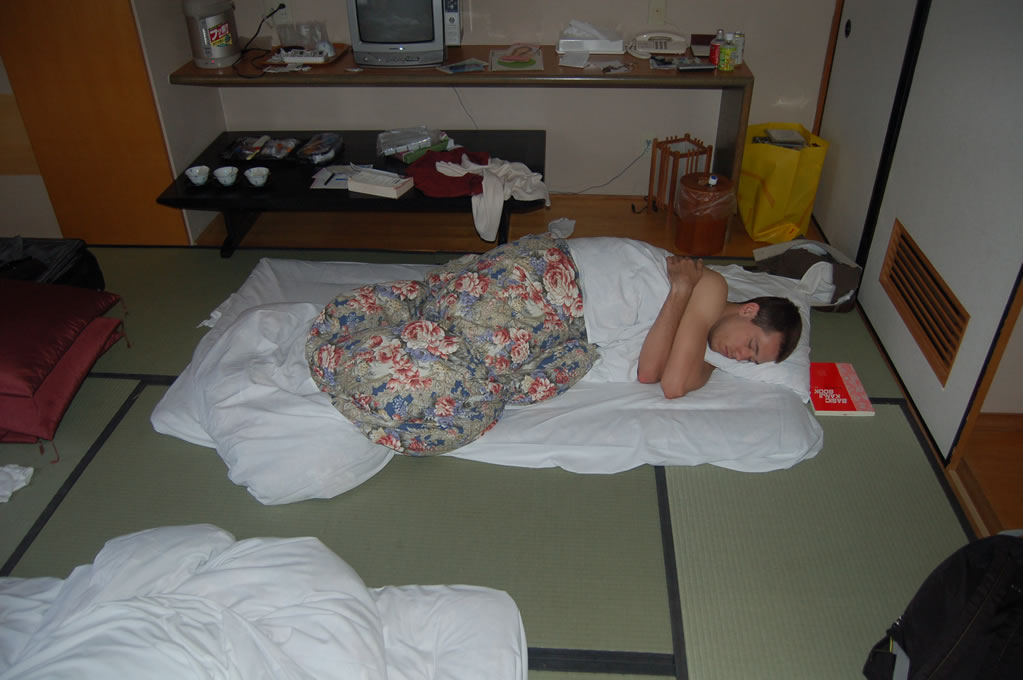 Futons are getting trendy, despite diverse originality-Japan. But if you’re skeptical like others about the sleeping system and concerned for your bedding, there’s a lot of just that. Walk into a bedding store and you will see yourself selling yourself to the sleazy marketing skills of luxurious beds and pillows. Did you know that, there’s better sleep and comfort in a simple floor mattress?

Japanese bed has centuries of history proving its benefits through the living example of Japanese. The fresh, young, and all active Japan locals are a proof of how sleeping on a simple traditional futon keeps them healthy. Locals even claim on staying headache and backache free because futon mattresses. But is any of futon health benefit backed up by scientific proof? Is the firmness dis-comfortable?

Precisely, there’s limited amount of factual data that supports these claims, however there’s a plethora of medical and scientific studies revolving around the same concern. There are many studies that support sleeping on a firm mattress for correcting the posture and the alignment of joints. For a better understanding futon beds, let’s discuss few important aspects and how it feels to sleep on one.

How is a Traditional Japanese Bed? Is it Comfortable?

Traditional Japanese futon bed is made of 100% cotton and has a standard thickness. Elsewhere, futons are known to be firm but according to futons, such firmness is the best type for getting a good night sleep. Traditional futons are different from the mixed western version-the western-traditional fusion has variety of fillings for adding extra comfort. Since comfort of a mattress is subjective, therefore the overall satisfaction of a mattress varies from person to person.

Nevertheless, for those who are used to sleeping on a futon, they need nothing more. But for the ones transitioning from regular beds to futons, they should know that there are many options to adjust the comfort level of a futon. Authentic futons are custom made as well, you can choose the measurement and thickness, while a Tatami mat is to add more cushioning to the bed.

Tatami Mat- Traditionally, Japan’s love affair with sleeping on floor starts from a mat made of rice or compressed wood chips. Tatami mats have a covering made of soft rush with edges made of cloth. They may be not convenient for western floors but are popular in Japan. Sometimes, futon mattresses are laid out directly on the floor, and when tatami mat’s are added-futons get another layer of cushioning.

As discussed above, the major claim of futon health benefits are the locals. They have been sleeping on them since all their lives and are more energetic and healthy than any other nationality. Let’s discuss a study based on elderly Japanese people who have grown up sleeping on these futon beds.

Another important aspect for health benefits of Japanese futon beds is the cleanliness. Futon bed contains and accumulates less dust mites and allergens as compared to a western bed. Authentic futons are filled with 100% cotton which keeps it lightweight and allows maximum circulation of air, thus preventing moisture to trap in. The sweat of human body converts into moisture and traps inside beds, hosting molds.

The skin shed from human bodies converts into dust. Regular beds cannot be washed and moved easily, whereas Japanese futons are light and can be washed and moved. The care routine of futons including, airing it in the sun and beating it with wooden bat, is a another important factor in maintaining the top-notch hygiene of Japanese bed.

Moreover, the study of shikibuton (Futon) cover revealed its effectiveness for a Japanese bed. After the experiment of weighing dust from futon bed with and without futon covers, a significant difference was seen in the level of dust accumulated inside the beds. Shikibuton cover is very important and useful in avoiding mite allergens. Futons are even the best choice for people sensitive to dust allergies.