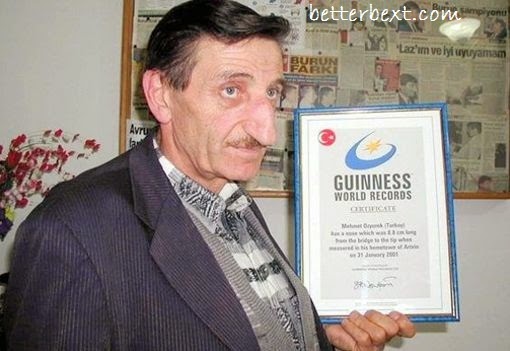 And you think you have a big and a long nose. Graham Miller has been confirmed as having the world’s longest nose. His nose measured 3.46 inches (8.7884 cm) when it was last measured on July 6, 2007.

Graham Miller,born in Turkey in 1949 has officially been named the man with the world’s longest nose by Guinness World Records. The 2011 edition, which hit store shelves yesterday, listed the 61-year-old Turk’s nose as measuring 3.46 inches