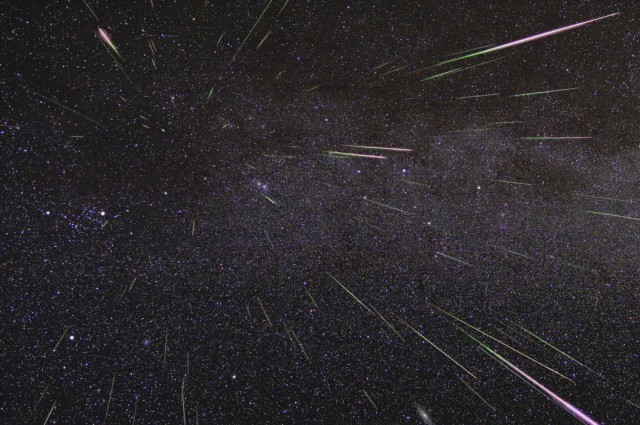 Between May 23 and 24 2014 earth will path through the dust particles left by comet 209P/LINEAR. This will create a meteor shower/storm which are very few this year. scientists are not very sure about the average of dust that will plunge the earth in that night. Some say it will be above 1000 per hour which makes it a meteor storm, and other are speculating it will be only between 100 and 400 per hour. The important part is that astrologist and amateurs can enjoy the show at the end of this month.

Where and when to look.

The Meteor shower will not last for long. the best time is right before dawn and will appear to be coming from the constellation Ursa Major (also incorrectly known as the “Big Dipper”).

If you are not going to be able to make it out to see the meteor shower with your own eyes, the Slooh Space camera will be streaming the event, so you’ll be able to check it out no matter where you are! you can check it on the following website http://live.slooh.com/ or the video below