Dragunov SVD was designed not as a “standard” sniper rifle in its Western meaning of the term. In fact, main role of the SVD in Soviet / Russian Army is to extend effective range of fire of every infantry squad up to about 600 meters and to provide special fire support. SVD is a lightweight and quite accurate (for it’s class) rifle, cabable of semi-auto fire. First request for new sniper rifle was issued in 1958. In 1963 SVD (SnaiperskayaVintovka Dragunova, or Dragunov Sniper Rifle) was accepted by Soviet Military. SVD can use any kind of standard 7.62x54R ammo, but primary round is specially developed for SVD sniper-grade cartridge with steel-core bullet.Every infantry squad in the Russian (Soviet) army had one man with SVD.
SVD rifle is extremely reliable in all conditions, and designed for heavy use. It has backup adjustable iron sights as a standard option, as well as a bayonet mount (standard AK-47 bayonet type).
Latest modernization incorporate rugged polymer stock. Also, for mounted and airborne troops a special variant was developed with folding buttsock and shortened barrel (590 mm). New flash hider/muzzle brake also installed.

It must be noted that several countries produced SVD copies or look-alikes. Of those, the “true” clones (rifles that have similar internal design) are Iraqui Al Kadesih rifle and Chinese Type 85 (in 7,62x54R) and NDM-86 (in 7,62×51 NATO). Others, such as Romanian Romak FPK or Yugoslavian Zastava M76, are only look-alikes as their internal design is different and usually based on Kalsshnikov AK assault rifle. Russia also produces a civilan version of the SVD, known as “Tigr” (Tiger), in 7,62x54R and 7,62×51 (.308 Win). This usually  has shorter barrel, although it is available in several different versions. Older hunting version of the SVD, the”Medved” (Bear) is no longer produced and is quite scarce. 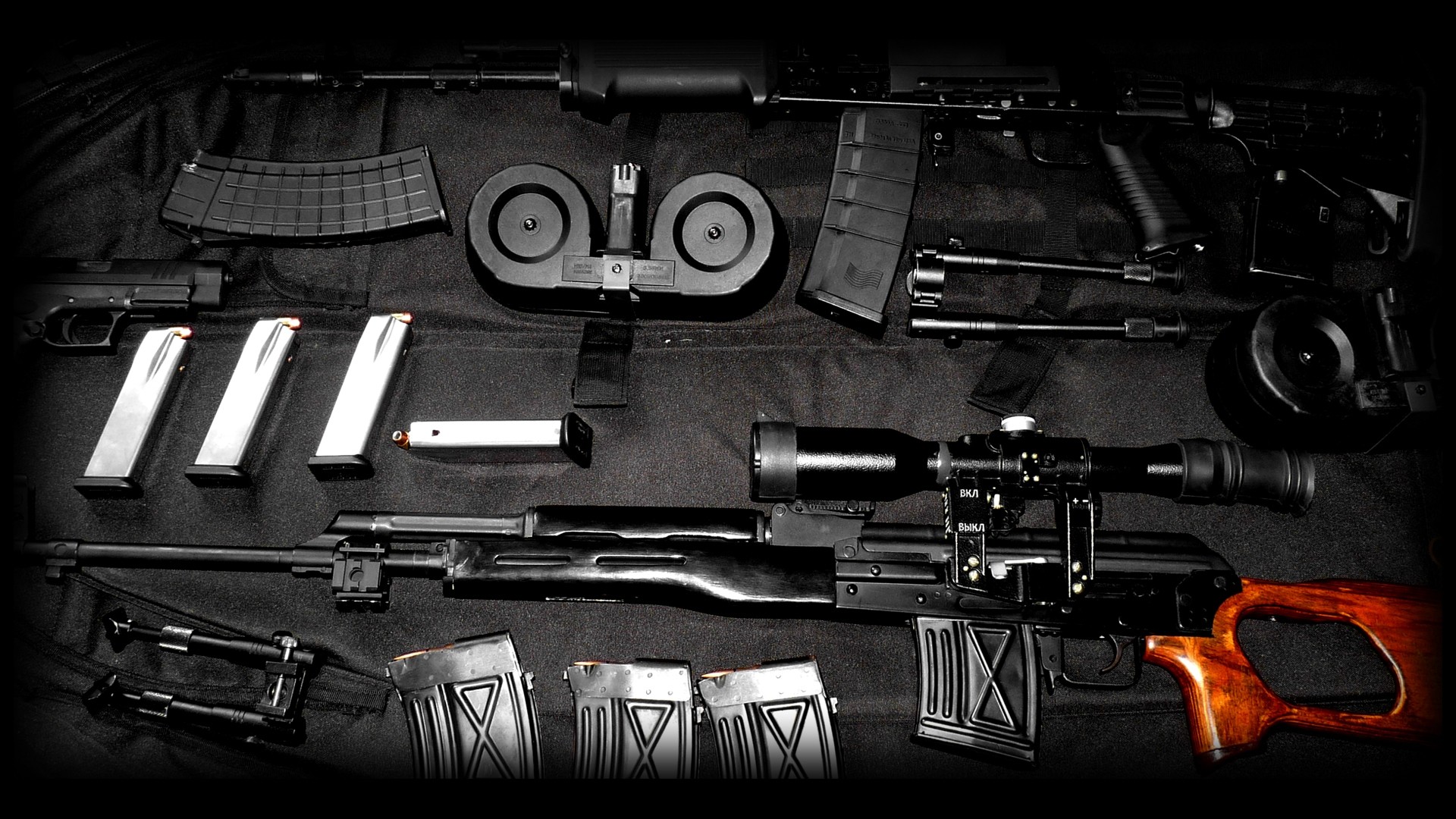 Dragunov SVD is gas-operated, semi-automatic rifle. It uses short-stroke gas piston, and gas chamber has a two-position manual gas regulator. Barrel is locked by rotating bolt with three lugs. Receiver is machined from steel block. The safety is somewhat reminiscent in its appearance to that of Kalashnikov AK assault rifle, although internal design of the trigger unit is different, and there’s no provisions for full automatic fire. Trigger unit is assembled on a separate removable base that also incorporates a trigger guard. The second, smaller lever, located on the right side of receiver behind the safety, is a receiver cover catch, and is sued to disassemble the gun. Standard furniture includes a skeletonized wooden butt and a removable wooden handguard. Late production models may feature polymer handguards and, sometimes, polymer skeletonized butt. The short SVD-S rifle is fitted with separate pistol grip, made of plastic, and a side-folding metallic butt. All SVD rifles are fitted with adjustable open sights, as well as proprietary side rail mount, which will accept telescopic or IR sights on quick-detachable mounts. Standard telescope sight is the 4X fixed magnification PSO-1 with range-finding reticle. SVD rifles also are issued with carrying sling, cleaning kit and other accessories. A standard AK-type bayonet can be installed on the barrel.