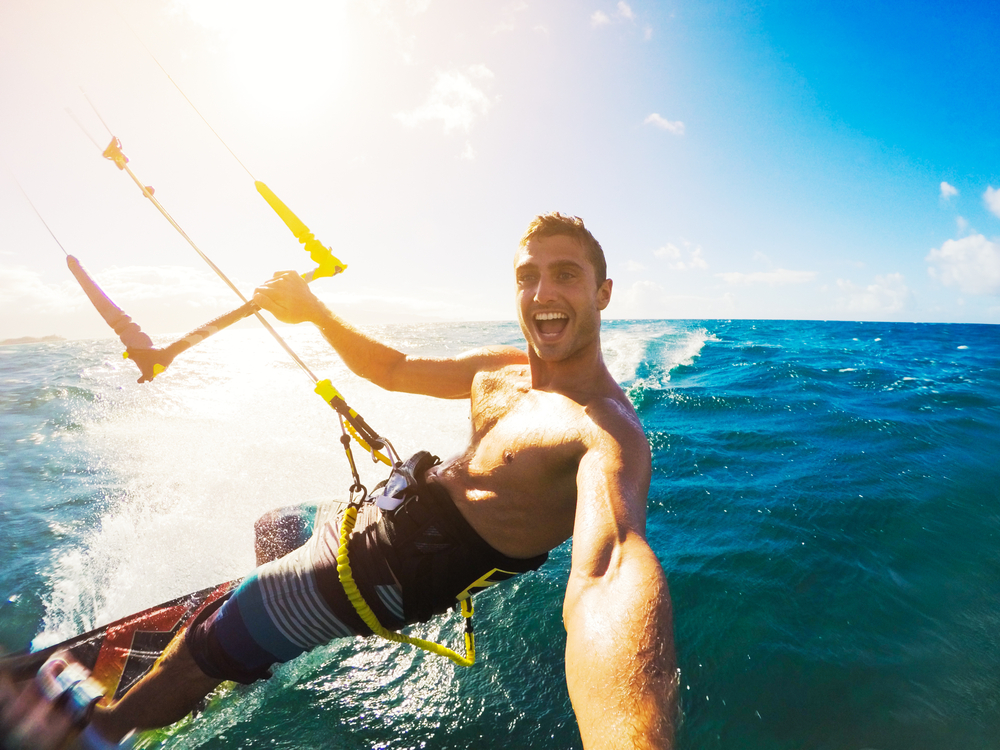 It used to be that so many sports were a solo effort, to be experienced by the athlete only. If you wanted to get the crazy view from the apex of a ski slope, or see what the world looked like during a motocross jump, you needed to have the elite skills to get there – and it could feel somewhat lonely at the top. But all of that has been changed with the introduction of the GoPro, a tiny camera meant to be mounted on a person to shoot video from what’s essentially their point of view. These videos can then be uploaded and shared across the internet, opening up a whole new world to viewers – and a new level of fame for GoPro-equipped athletes. It’s both a way to show off one’s skills and to capture some truly incredible achievements for posterity.

Let’s examine how the invention of the GoPro – and other similar mounted-camera devices – have changed the way we view sports.

The Science of a Shared Reality

Although we could use “GoPro” to refer to any number of small, body-mounted cameras used to capture athletic feats, it’s the original GoPro device itself that has the most glory – and the most revenue. In the 12 years since it’s been on the market, GoPro has amassed capital in the billion-dollar range, and has spearheaded the trend of recording one’s athletic exploits to share with friends – or an online audience – right in the comfort of their own homes.

An article at ZDnet squarely puts GoPro users as “extreme athletes” including BASE jumpers, snowboarders, cyclists, and even participants of some of the most grueling obstacle-course marathons in the world, like the Tough Mudder. These fringe sports have suddenly been vaulted into the mainstream, and much of that has to do with the first-person video that GoPro cameras can capture. These adrenaline-fuelled competitions have become so popular that the International Olympics Committee has since added events like ski halfpipe and snowboard slalom to their lineup – all in pursuit of the young audience that GoPro videos have attracted. These hyper-augmented alternative sports are even said to be making traditional sports seem a bit boring and slow by comparison.

As the ZDnet article goes on to explain, there’s a specific science behind how we feel when we watch a video that simulates a first-person experience; the type of neurons that fire in our brains are the kind that connect us to what we’re seeing. “Later research found that about one-fifth of the neurons firing during an action also fire on seeing that action,” the article says before continuing with, “And with them, we understand, in a micro-second, a BASE jumper’s death-defying plunge from a river bridge or a snowboarder’s air flip–images that make our hearts pound and breathing spike.”

It’s like a form of virtual reality, except it’s not a simulation, and it has that human element to anchor us as we watch in awe. Once you add in higher stakes, like those mentioned above with the Olympics, GoPro-shot footage quickly becomes something like must-see TV for those who want to live the experience like they’re actually there – and like they’re actually the athlete.

Offering a cool new product is one thing, but building an entire brand around it – and convincing people that they need it in order to help build their own brand – is another. Although GoPro cameras and their ilk continue to evolve with things like camera mounts for drones, there’s still a focus on making mounted cameras the must-have tool for demonstrating one’s cool athletic stunts to the world. ZDnet sagely adds, “While companies like Nikon and Canon fine tune their optics and ease of shooting, GoPro is disrupting these legacy brands by offering something much bigger: a lifestyle.” Extreme athletes have been a fascinating pop-culture fixture since the 1990s, and GoPro videos have only spread their appeal further – not to mention it dovetails nicely with the rise of “reality” culture in our current entertainment.

Along with the reality TV factor, GoPros are moving another cultural phenomenon to the next level: the selfie. It’s common to take handheld photos of yourself to show off on social media, in pursuit of more likes and reposts or to simply mark your territory and say “I was here.” On another level, selfies are used to show off not just the smartphone holder, but also the backdrop, such as tropical beaches, exotic locations, and national monuments. Those who have the most unique settings will get the most likes, and by using GoPro cameras, anyone can snap a shot of themselves free-climbing a jagged cliff or hang-gliding over a picturesque landscape. It’s a one-of-a-kind photo that’s sure to one-up anyone else in your social feed, and that kind of branding is currency these days.

It can even lead to a big break in the media and entertainment industry, as author Dan Schawbel is quoted in the ZDnet piece: “A decade ago, it would cost thousands of dollars to make a professional reel and send it to Hollywood and hope you get discovered. GoPro is changing that business model, just like it changes everything it touches.” Since anyone can find their 15 minutes of fame or more using the internet, GoPro footage might just open a few doors for enterprising individuals – or at the very least, garner them a few hundred thousand views on their latest YouTube video.

Social networks and personal branding aside, there’s even a more practical use for GoPros: self-defense. You may see many cyclists around your city with a tiny camera mounted to their helmets; they’re typically recording their journeys so if there’s an accident, they have video footage of what happened. Inasmuch as GoPros are great tools for extreme athletes, they’re also becoming more of a real-world necessity as well (think mounted cameras on police officers).

The Lens of Inspiration

Not only are GoPros and other mounted cameras changing the way we view sports, they’re also changing the way we view ourselves through someone else’s lens. Getting a secondhand rush by watching someone’s extreme footage isn’t just entertaining – it can also be inspiring. Watching through the eyes of someone else as they BASE jump or skydive could help encourage you to try it out for yourself. But whether you strap on a GoPro yourself or remain content on the sidelines, there’s little doubt that these tiny square-shaped cameras are here to stay, and will keep changing how we view sports in the coming years.

Have you ever used a GoPro or mounted camera to record your feats of athleticism? Tell us about it – and link us to the video – in the comments.

2 Replies to “The Greatness of the GoPro”