When people think of vacation they imagine themselves soaking in the sun shine on a nice sandy beach, not soaking wet from walking around in rain and fog, which will likely be the case if you visit St. John’s, Newfoundland. But don’t let the horrible weather deter you. St. John’s is a beautiful city with as much character as there are bars on George Street.

Weather wise, August and September are the best months to visit. They tend to be the warmest (high 20’s ºC is usually as hot as it gets) and have the least amount of rainfall. The temperature can drop quite a bit in the evening though, so make sure to bring some warm clothes along with those shorts and tees.

If you’re planning to come to Newfoundland to see the icebergs then be prepared for the cold. Iceberg season is late May to June and with the ice comes northerly winds. Temperatures fluctuate a lot this time of year so layering will be your best friend. So, now that you know what to pack, let’s talk about what you can do once you land in this colorful city.

Cost – Free(children 5 and under)-$10; they do offer free admissions to everyone on Wednesdays between 6-9pm

If you’re in St. John’s, you need to check out The Rooms. For one, it’s one of the coolest buildings you will ever see and has amazing views of the harbour and downtown. It’s also the best place to learn some Newfoundland history. If history is not your thing there are art exhibits and a cafe which sells really yummy food.

This place is a must if you have kids that are into science. With exhibits ranging from the solar system to geology to the history of the Titanic, there is a lot to see and learn. Plus, it’s on the way to Cabot Tower (one of the biggest tourist attractions here) so why not stop in on the way. 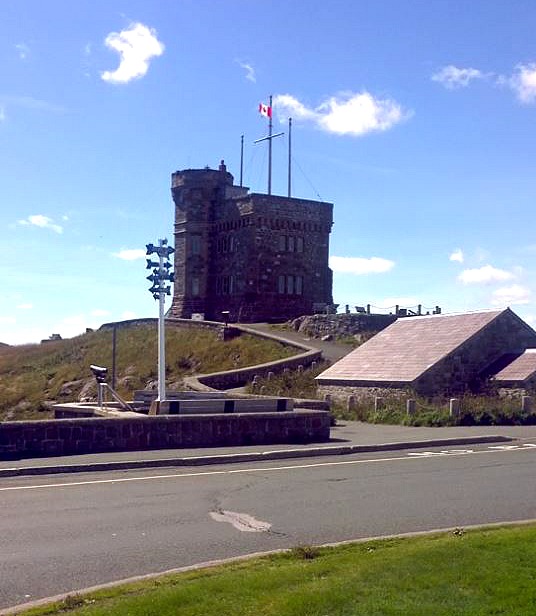 Located on the east end of downtown St. John’s, this historical site offers some of the best views in the city. It is the site of the famous Cabot Tower, which was built in 1898 to commemorate the 400th year anniversary of the discovery of Newfoundland by John Cabot. It is also where the first transatlantic wireless signal was received by Marconi in 1901. Cabot Tower is open to the public during summer months. There is a gift shop and some steep stairs that lead you to the top of the tower. It is a amazing view but if you’re afraid of heights, skip out on this one.

You will need a car to get here but it is definitely worth it. Cape Spear is about a 20 minute drive outside of St. John’s and is site to one of the oldest lighthouses in Newfoundland and the remnants of a World War II coastal defence fort. During the summer months the lighthouse keeper’s family home is open to the public, giving you a look at what a home would have looked like in the 1800’s. You can walk the trails, explore the fort ruins, stand in the most easterly point of North America and get some really nice pictures to show your friends and family back home.

If you are 19 or older and want to check out the night life, this is the place to go. It is a little street in downtown St. John’s that only contains bars. That’s it! There are 21 in total ranging from Irish pubs to dance clubs.

Looking to be Screeched-In Christian’s Bar is the best place to do it.

This is a very short list of the things to do here. The best way to experience the city is to just walk around downtown. Get lost, see the old building, eat a touton at the Bagel Cafe, talk to the locals and just take in the culture. You’ll love it here so much you’ll be planning you’re next trip before you even leave.

Some things can’t be fully appreciated without a personal visit. Niagara Falls is definitely in that category. There are millions of photos taken of this natural wonder but none will ever capture the majesty of this impressive sight. You need to stand alongside the brink and watch as water thunders over the edge and then crashes below. Feel the mist on your skin. It’s a multi-sensory experience where words can’t fully capture the essence.

One of the great things about Niagara Falls is that it’s situated between the United States and Canada. You can fly into one of three international airports which are located in Buffalo, Toronto and Hamilton. There are transportation choices from any of these locations. You can arrange for a hotel stay on either the American or the Canadian side which are connected by several bridges. The Rainbow bridge has a pedestrian walkway so you can easily go from country to to country via foot or bike.

Plan to spend a few days because there’s so much to do. On the American side you’ll find a lovely park with paved pathways that take you alongside the river and over bridges. Bring a picnic lunch or purchase food from one of the many restaurant offerings. Whether you are looking for quick fast food, ethnic varieties or something more upscale, you’ll be able to find it. There are many other fun attractions in the area as well.

The Canadian side offers the beautiful Queen Victoria Park and Oakes Gardens. Walk along the gorge and then tour the picturesque gardens. The Butterfly Observatory offers a peaceful place to view some of the most delicate and colorful butterfly you’ll ever see. After you’ve had your fill of nature you can head back into the city area for a high-energy good time. Lundy lane is full of tourist attractions and you can easily spend hours visiting the museums, exhibits and indulging the many choices for food. Enjoy the amusement park rides or visit the water park. There’s fun for the whole family.
While new attractions come along every year or so, there’s some that have been there for decades. Here’s some of the most visited sights:

The Cave of the Winds is a series of wooden walkways that bring you right up close to the falls. You’ll be loaned a raincoat and you’ll definitely need it.

The Maid of the Mist is a boat ride that brings you directly to the base of the falls. You don’t want to miss this one! You can board from either the American or Canadian side of the falls.

The Journey Behind the Falls takes you down through a tunnel and you’ll emerge behind the falls. Marilyn Monroe was filmed in this attraction for the movie Niagara.

The Whirlpool Aero Car is a suspended cable car crosses the gorge directly over the giant whirlpool on the Niagara River. Access is only from Canada.

That’s simply the beginning of the many ways to enjoy Niagara Falls. One popular way to see a lot of the sights is to purchase the Discovery Pass. Pay one price and you and you can visit all these attractions:

Admission is free for children five & under at all attractions in Niagara Falls State Park.