18 of October 2013 the earth will partially shed it’s shadow on the moon. This will Create a penumbra eclipse of the moon. This eclipse can be fully seen in most of Europe, Asia and part of Africa. This is the last of three lunar eclipses in 2013, so if you want the see a lunar eclipse in 2013 better not miss this one.

This Map indicated where the Eclipse will be seen on the planet. 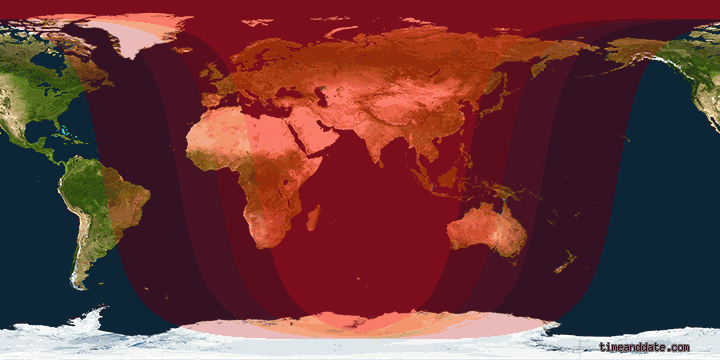 Legend
Intense red shading: Observers within this area can see the eclipse from beginning to end.

Red shading right/east of intense shading: Observers within this area can see the eclipse until moonset/sunrise.

Red shading left/west of intense shading: Observers within this area can see the eclipse after moonrise/sunset.

No coloring: Eclipse is not visible at all

Note: Actual eclipse visibility depends on weather conditions and line of sight to the Moon.

A Penumbral Eclipse of the moon is when the moon passes in the Penumbra Shade of the Earth, The Sun is bigger then the earth, there for the earth makes 2 type of shade the Umbra and the Penumbra as seen in the image below. 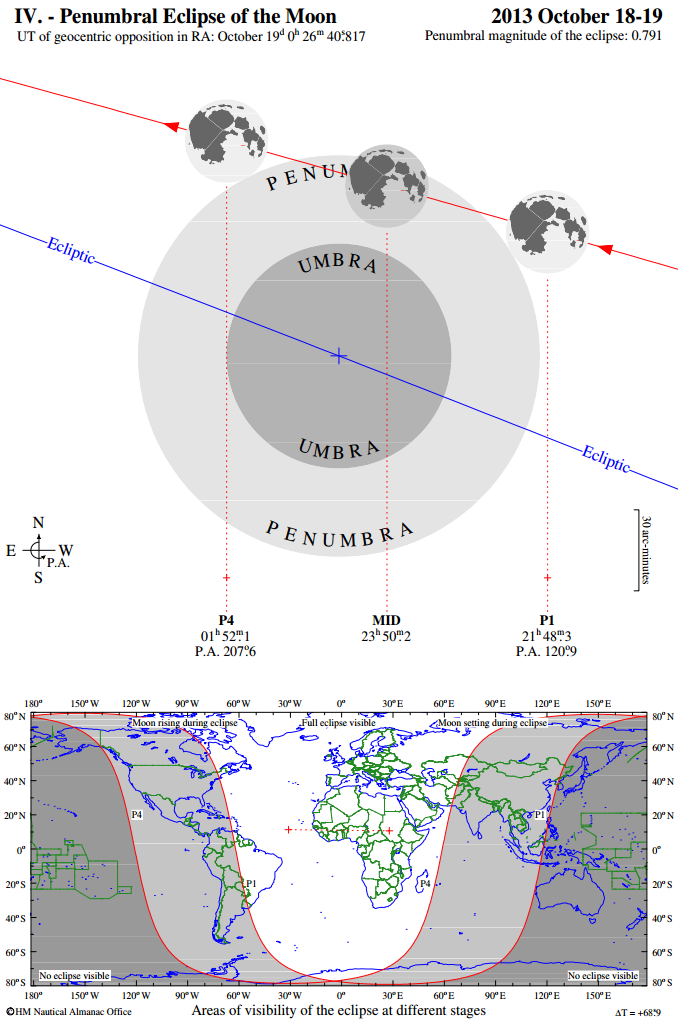 Hope you enjoy the Last lunar eclipse for this years.